Interview with an Inventor

In this interview, Rack-A-Tiers talks with Joe Sousa, inventor of the Staple Shark. His tool is new to the line, having only been available for the last few years. Its main function is to pull out electrical staples, but it also works as a quick square and pry bar. The inventor also has a great sense of humour. 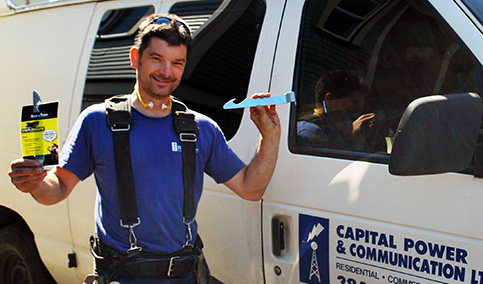 Interviewer: Can you give me a little bit of background about yourself?

Joe Sousa: I used to repair Foosball tables for a living until the work dried up… ha. No, I’ve been an electrical contractor since 1998. I’ve been in the industry since 1991 and so — yeah — 22 years in the trade and 15 years with a business.

I: Describe your role in the electrical industry when you came up with your invention?

JS: The very first time I thought about it — I was actually a 2nd or 3rd year apprentice and thought, “there’s gotta be a better way,” ha. I was ripping out a bunch of staples on a job with my side cutters or angle pliers, whichever you want to call them. I had the idea to make something to pop staples out for myself. I started noodling with some weird shapes of steel and it just kind of faded away. It was something I thought about every once in a while over the years, and then I finally decided to get serious about it and make something that would actually work and could possibly work.

I: What was the process like from initial prototype to finished product?

JS: It usually involved some cold beer and tinkering in my garage with different design ideas. The process was kind of painful because not knowing anything how tools are manufactured and different types of steel and that. It took me awhile to realize you can’t make tools like that out of mild steel, you need to make something out of hardened steel to get the job done properly.

I: What was Rack-A-Tiers role in the process?

JS: Lots of feedback. Half-made prototypes I would present to Ken [President of Rack-A-Tiers] he would look over it and say “work on this”, “could it do this?” Yeah, just lots of consultations with Ken and the Rack-A-Tiers staff who seem to know the industry quite well. Bouncing information off them and going back to the drawing board and coming up with the finished prototype.

I: When can we expect your next great invention?

JS: Well, I’ve got other inventions that are non electrical related. I really enjoy spending my spare time in my garage tinkering with different ideas so it could be anytime, but it might not be an electrical tool.

JS: Well, that’s pretty obvious I think… [Serious Voice] The task was getting something to remove staples in a quick timely manner without using other tools that weren’t designed for the job.

I: What obstacles did you run into while trying to get your invention made?

JS: Money! — Um obstacles… Just getting it right and knowing what’s going to work and what’s not. Again the mild steel, the first 100 prototypes I made were out of mild steel and they did work but after awhile the steel started to bend and contort and I realized, okay, this isn’t going to work, and then a bit of research and realized, well, tool steel is what you gotta use. You need hardened steel. So I’d say the obstacle was just learning about that kind of thing because I didn’t know much about manufacturing. Realizing, is this a good idea? Is this something that is going to fl? Is something people will want? Is it worth spending the money on? In retrospect, the tool is doing well so I’m glad I went through with it.

I: What advice would you give someone with a good idea and a prototype?

JS: Talk to Rack-A-Tiers haha. Run it past them. They know the industry and they’ll say we can give it a shot. Ask around, make a bunch and give them away to people that are in the industry. Get them to try it and give you feedback. Ask them to be brutally honest, and by honest I mean downright insulting, because sometimes you got to hear that. Like I said the mild steel thing, one of they guys I gave it to said “I hate it it’s bending,” and it made me go back to the drawing board and get it right and then the finished product he likes. You got to get people to be honest with you and tell you what they really think and not just be “go-go-go, ra-ra-ra”.

I: That concludes my interview, thanks for taking time out of your day for me.

The Hole-in-One hole cutter. What do you think? Li
The Piper-what do you think? #rackatierstools #ele
Works on most wire strippers! V-Cutter link in bio
Found an additional use for the exploding garbage
@bob_electricien giving you the lowdown on our gar
How do you twist your nuts? Nut blaster link in bi
Load More Follow Us. 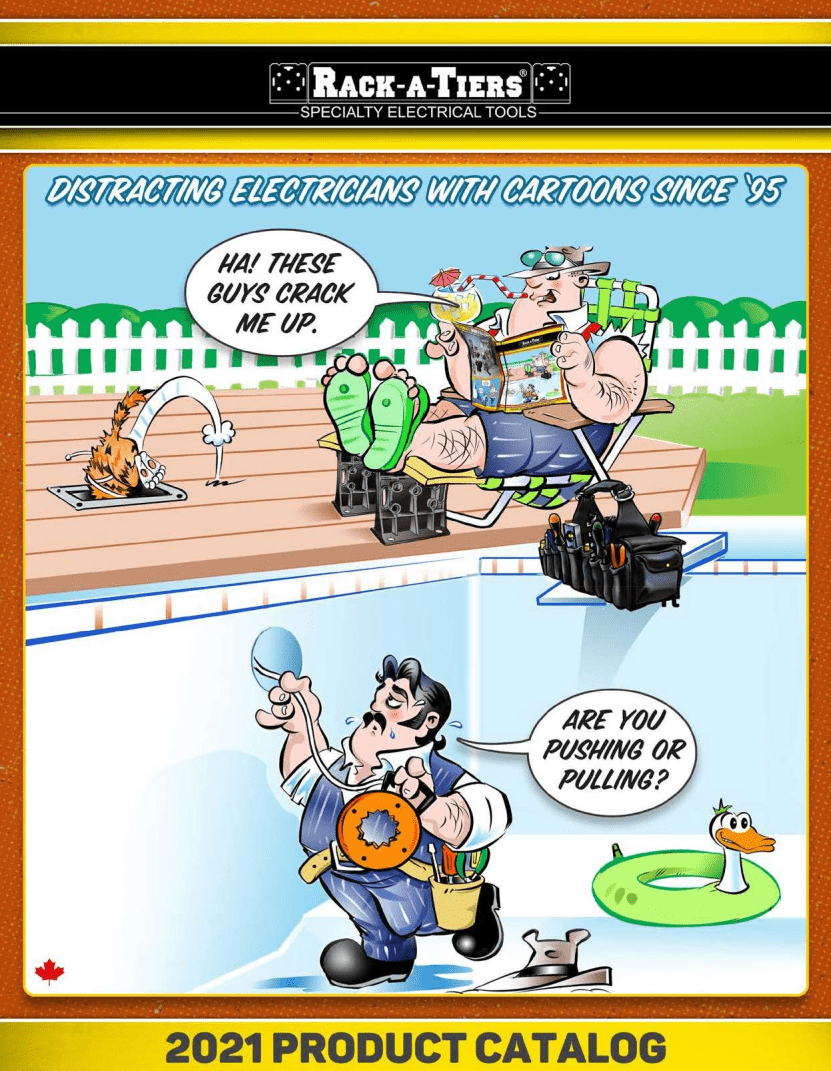 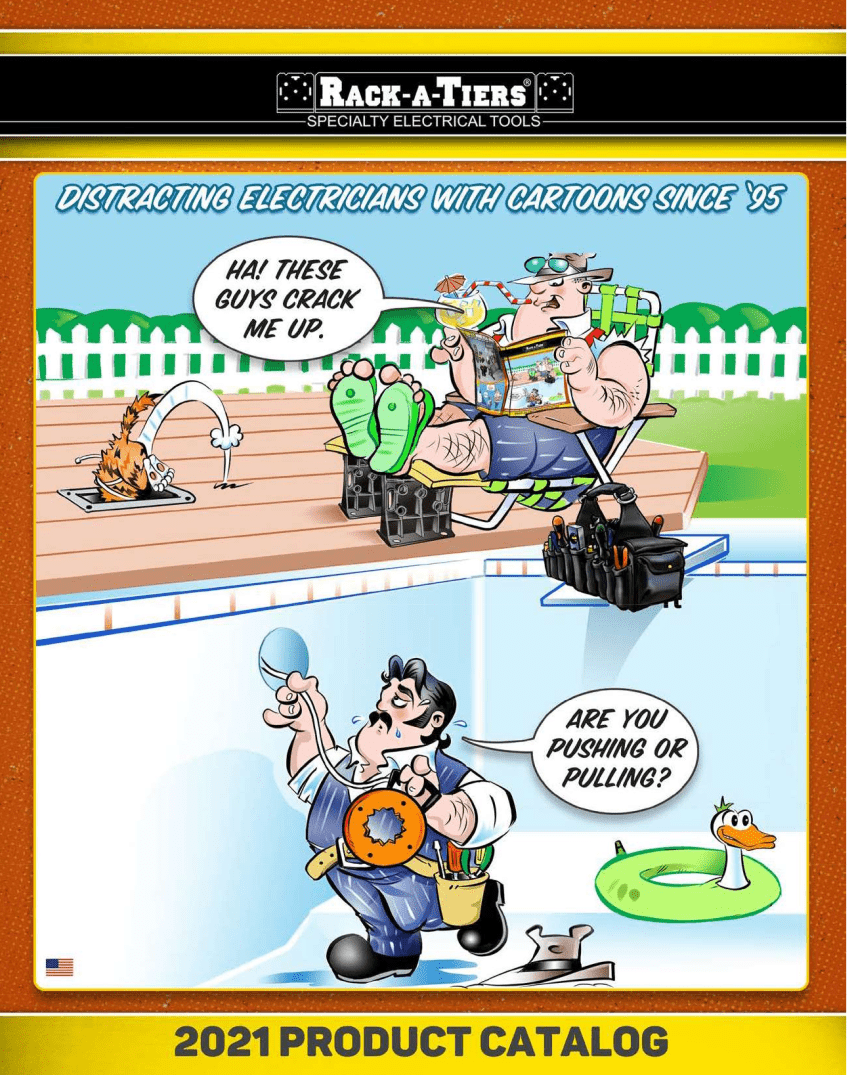 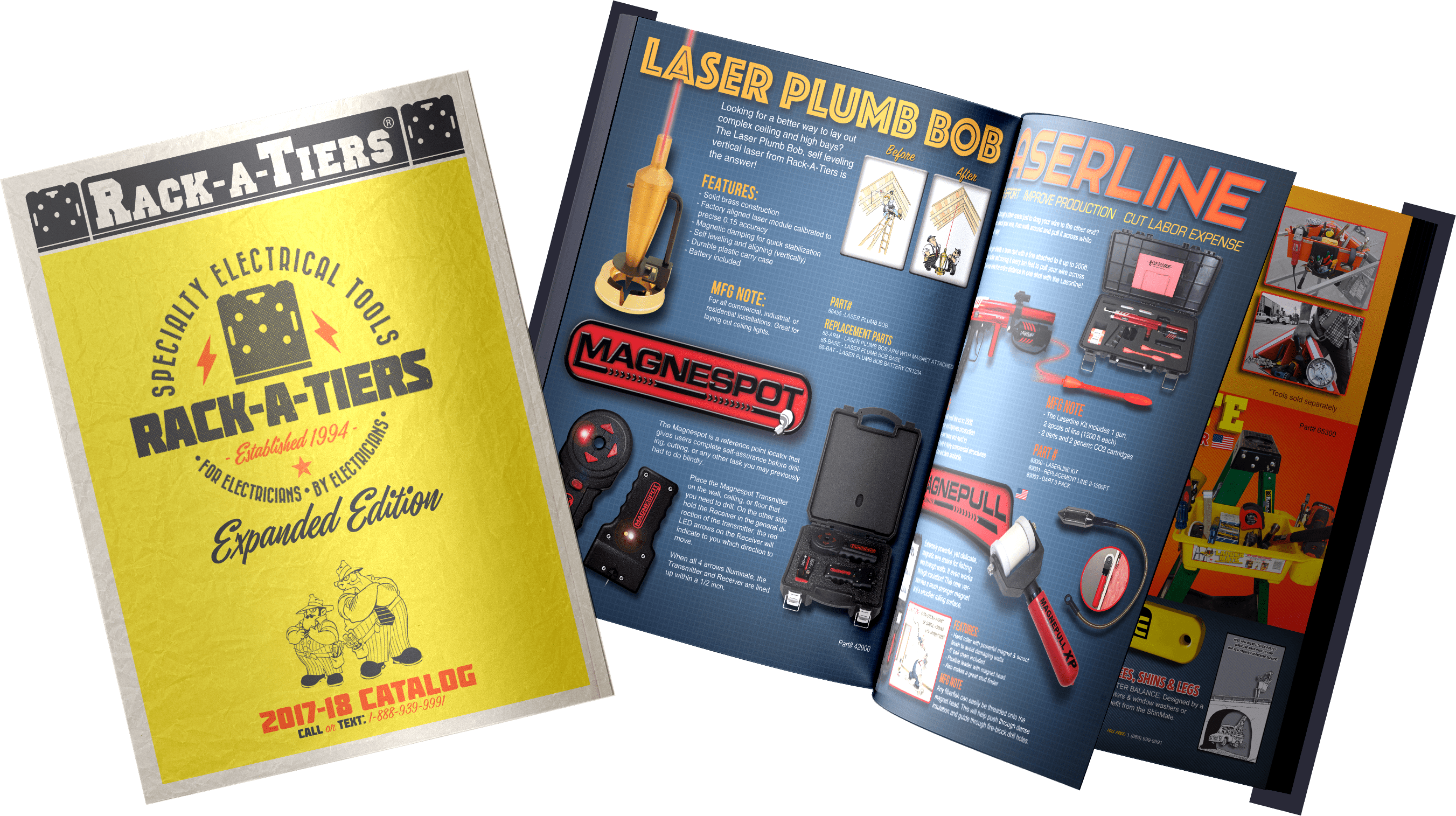